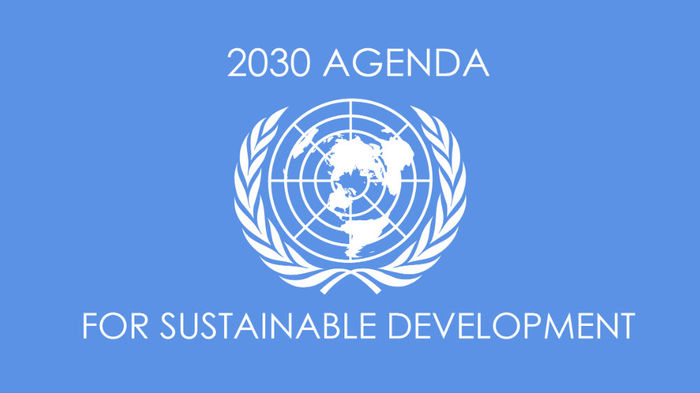 The year 2015 will go down as the year that seventeen sustainable development goals were defined, as set out at the UN summit in New York (USA) from the 25th to the 27th of September, which brought together world leaders intent on adopting an ambitious agenda with a view to the eradication of poverty and for economic, social and environmental development on a global scale by 2030, which became known as 2030 Agenda for Sustainable Development.

2030 Agenda is the result of a joint effort by governments and citizens around the world to create a new global model for ending poverty, promoting prosperity and well-being for all, protecting the environment, combating climate change and integrating seventeen Sustainable Development Goals (SDGs) - the successors to the eight Millennium Development Goals - which are to be implemented by every country and cover a diverse range of interlinked areas, such as equal access to education, the provision of quality health services, the creation of respectable employment, sustainable energy and the environment, the conservation and management of the oceans, the promotion of effective institutions and stable societies and the fight against inequality at all levels.

Portugal played an important role in the process of setting up the 2030 Agenda, particularly with regard to strongly defending the objectives to promote peaceful and inclusive societies, eradicating all forms of discrimination and gender-based violence, preserving the seas and oceans and managing resources in a sustainable manner.

The document adopted at the summit runs until 2030 under the slogan "Transforming Our World: The 2030 Agenda for Sustainable Development”.

The implementation of these goals implies a combination of efforts never seen before on such a global scale, involving all the countries and public/private entries as established in the Addis Ababa Action Agenda adopted at the 3rd United Nations Conference on Financing for Development (July 2015).

The Paris Agreement, was adopted by 195 different entities at the 21st Conference of the Parties of the United Nations Framework Convention on Climate Change which took place in Paris in December 2015, coming into force thirty days after its ratification by at least 55 parties, who represent around 55 per cent of global GHG emissions (greenhouse gases).

The agreement reaffirms the common goal of keeping the increase in global temperatures to below 2°C and confirms continuing efforts to limit temperature rises to 1.5ºC, which is a particularly pressing issue for Small Island Developing States (SIDS).

Developed countries must continue to lead efforts to reduce GHG emissions in accordance with the targets set out by each respective nation, whilst encouraging developing nations to establish wide-ranging economic goals over time. Least developed countries (LDC) and small island developing states (SIDS) are encouraged to develop their own strategies, plans and activities directed towards establishing a low-carbon economy with regard to their own special circumstances.

In order to identify the financial and non-financial resources needed to activate this agenda, the 3rd United Nations Conference on Financing for Development held in Addis Ababa from the 13th to the 16th of July 2015 resulted in the adoption of the Addis Ababa Action Agenda, a comprehensive and ambitious document aimed at contributing to the creation of a truly global partnership for sustainable development, which represents an enormous shift in the way that development is addressed.

Portugal has played an active role in all of these processes, which in turn will have a decisive impact on the way sustainable development is addressed on a global scale and Camões, I.P. was the entity responsible for co-ordinating Portugal’s position in relation to the post-2015 agenda.

The new 2030 Agenda for Sustainable Development is an action plan centered on people, planet, prosperity, peace and partnerships. It’s an ambitious Agenda  focused on poverty eradication and environmental, social and economic development.

It’s an universal Agenda, to be implemented by all countries, based on 17 Sustainable Development Goals (SDG) and 169 targets.

Each country will need to carry out a regular assessment of progress in the implementation of the Agenda, involving governments, civil society, business and other development actors.

This assessment requires an overall coordination of efforts. At national level, the Ministry of Foreign Affairs has the responsibility to coordinate the SDG jointly with the Ministry of Planning and Infrastructures. This work is carried out in close collaboration with the Line Ministries according with their SDG responsibilities. The CIPE (Interministerial Commission for Foreign Policy) acts as the headquarters and forum for interministerial coordination, both for the SDG implementation and for the preparation of the reports that will support national, regional and global monitoring processes.

In July 2017, Portugal presented the first National Voluntary Review on the implementation of the 2030 Agenda.

The National Statistics Institute (INE) plays a key role in monitoring the progress made to accomplish the 2030 Agenda.

Camões IP as an active partner of INE in the monitoring process of SDG will be the source of information for some of the SDG indicators.

Camões IP will continue to actively participate in the development of indicators and in its monitoring and dissemination.