Co-operation relations between Portugal and Mozambique 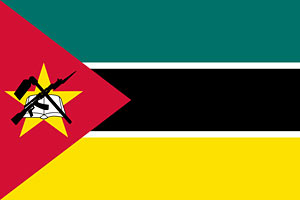 Embassy of the Republic of Mozambique in Lisboa

Co-operation relations between Portugal and Mozambique reflect the good political understanding that exists between the two countries based on a mutual cultural, legal and institutional matrix and specific technical expertise in key areas for development. In this way, sharing a common language allows for an easier framework for Portuguese co-operation interventions in Mozambique.

In this context, institutional co-operation between the two nations has been developed in a bilateral context through Indicative Co-operation Programmes. These are based on programmes and projects that are proposed and implemented annually with the collaboration of respective ministries, local authorities and civil organisations, especially Portuguese NGDOs either in a multilateral context in conjunction with other co-operation partners (including European Union programmes such as delegated co-operation to which Portugal also contributes) or with UN specialised agencies.

Mozambique is the largest net recipient of Portuguese ODA. A significant part of the ODA corresponds to the use of concessional lines of credit to finance infrastructure and projects integrated in the country's development program. The difference between net and gross values is explained by the debt forgiveness that occurs annually.

On average, the "Social Infrastructure and Services" sector group represents the largest sector concentration, with 55% of net ODA. Aid not sector allocated, by the use of a concessional credit line, constitutes the second most significant share of net ODA, at 29%.